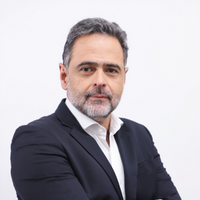 Mr. Sant'Anna is a journalist and International Affairs Analyst at CNN Brasil, as well as columnist at Estadão. He is also Director of the Institute of International Relations and Foreign Trade (Irice) and Specialist in Geopolitics and Contemporaneity at Latitudes Viagens de Conhecimento. He is a graduate of Documentary Filmmaking from the International Film Academy, has a Master in Journalism from the University of Sao Paulo (USP) and an undergraduate degree in Journalism from the Federal University of Goiás (UFG). He has reported news for major outlets like BBC, CBN Radio, Exame Magazine, Época Magazine and Estadão. He has reporting experience in over 70 countries, covering conflicts from the Middle East to Latin America. He specializes in geopolitics and authored the following books:

“The State of Democracy: 100 Columns in the Estadão about the Greatest Challenge of our Time” (Amazon, 2021)

Tensions Between Russia, NATO and Ukraine and the Geopolitical Chessboard of Eastern Europe

The Conflict in Afghanistan